Tell Wolves Tales made a video for their song ‘South of Somewhere’, which I recorded with them in my studio. This is the silly video that they put it to. It’s good fun and reminds me of those terrible videos Reuben used to make (they might not have been that bad, but P-Rock’s quality was definitely poor).

As always, I’ve been really busy lately, so haven’t had a chance to write proper blog posts (sorry!). Loads of stuff is going on at the moment. I’ve been in the studio loads working on my new album and a load of other peoples records, I’ve played a few really fun shows at jubilee parties & birthday parties and I’ve met loads of great people at all of these. My album is also finally starting to take shape and these other records are sounding awesome!

I have a brand new song on an absolutely amazing compilation that Fools Paradise put together. The compilation is entirely downloadable for free and it’s the only place you can get my new song. You should check it out and download it here. 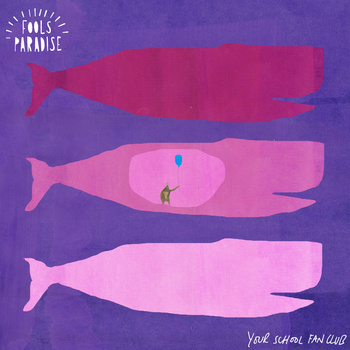 Click on the image above to be taken to the compilation on Bandcamp.

As I’m so rubbish at keeping this up to date you should keep up to date with what’s going down on the Facebook page and/or on Twitter. I update those far more frequently with shows, photos of sessions and other stuff you might find interesting.

I’ll try and keep this updated more frequently from now on… TRY!

I’ve been rubbish at updating this lately cuz I’ve been mega rammed doing a bunch of real stuff, like playing shows and recording…

Anyway, I’ve just been in the studio with Tell Wolves Tales this weekend and together we made some sweet, sweet music. They recorded 3 tracks in even less time than they normally take and we drank a bunch of different alcoholic beverages through out Saturday and ate lots of crappy food both Saturday and Yesterday. All guitars were recorded with a different rig for each song. The most surprising rig was my modded Fender Mustang thru my Fender Deluxe Reverb amp with a cheeky pedal (that I’ve recently had returned to me) creating one of the most awesome tones I have ever heard 🙂 I can’t wait for you to hear all of their new songs. For the first time ever we didn’t use a Telecaster!

Otherwise, there have been sessions with Alfie J Crook, a few others and I’ve been working on my album, which is taking ages… but is sounding absolutely awesome. I’ll write a proper post about the album when I have a chance / more details on track listings etc and I’ll try and get a new teaser track up (or something) online for you all to hear asap.

During August I was really busy in the studio with We The Drowned and Tell Wolves Tales. Both bands recorded 8 tracks in my little studio in pretty similar ways. However, the difference between the way the bands themselves worked was pretty cool. It’s not a surprise to hear that some bands go in and blitz their recordings and it still sounds pretty awesome, whereas other bands like to take a bit of time over their work. I’ve always been a pretty slow worker when it comes to my own music, although, I decided to try and do the opposite when I recorded the Springtime Radio EP.

All in all, it’s been a pretty awesome month. Working super long days on the weekend after a week at my office job and playing shows in the week definitely takes it’s toll on your body. There are a few little things I need to fix in regards to the mixes and then it’s up to the bands what they want to do with the recordings. I’ll let you know, when I know.

Anyway, the reason I’m writing is because after 2 years of weekend sessions in my studio, sweating in a 7’x 7’control room with 3/4/5/upto 7(so far) other guys in there, I’m gonna move the control part of the studio into the live room and be there with the band when they record. Obviously this causes issues with monitoring while they play, but I never really made a big deal of that anyway. There’s never been a door between the live and control rooms before, so why now?!

Of course I may find that this turns out to be an absolute nightmare / make the live room too small / sound awful / feel awkward / straight up suck! If that’s the case, I’ll jsut change back. I’m hoping however, that this will give me enough space to feel productive again, interact with the band better if they’re recording live / the drummer when he’s tracking and give me enough to space to expand and experiment with gear which I don’t do at the moment cuz the control room is so small it feels cluttered as soon as I stand in it, let alone as soon as anything / anyone else is brought into it!

Tonight is the night I give this new plan a go. Hopefully, the change will give me a new perspective on the songs that I’ve got to do final mix things to and help me in the future. Tomorrow, I might just have to go and do some serious studio shopping…

Until next time, catch you soon 🙂

PS. Session photos will be posted soon, once I’ve found a moment to get them off my camera / collect the best from other people who took photos.